October 2022 marked the tenth anniversary of the Historical Engine Shed in Wittenberge. This was, of course, reason enough for us to organize an extensive celebration that we will certainly remember fondly and for a long time to come. The preparations were indeed exhausting and gave some of the organisers a few more grey hairs. But we think it paid off and we believe that our more than 2,000 visitors last weekend felt the same way. We thank you, dear visitors, and you, dear supporters, very much for coming and helping us.
This time the preparations started already on Thursday before the event with some shunting tasks and the preparation of the logistics. There were benches and chairs set up, beer kegs hauled and barriers erected where necessary and signs hung. On Friday morning we started early with the firing up of our steam locomotives. So the fires were lit in the boilers of the "Emma", the "Pritzwalk" and the 50 3570. After the fires had burned out, the locomotives were cleaned. After all, one wanted to appear neatly at the festival. 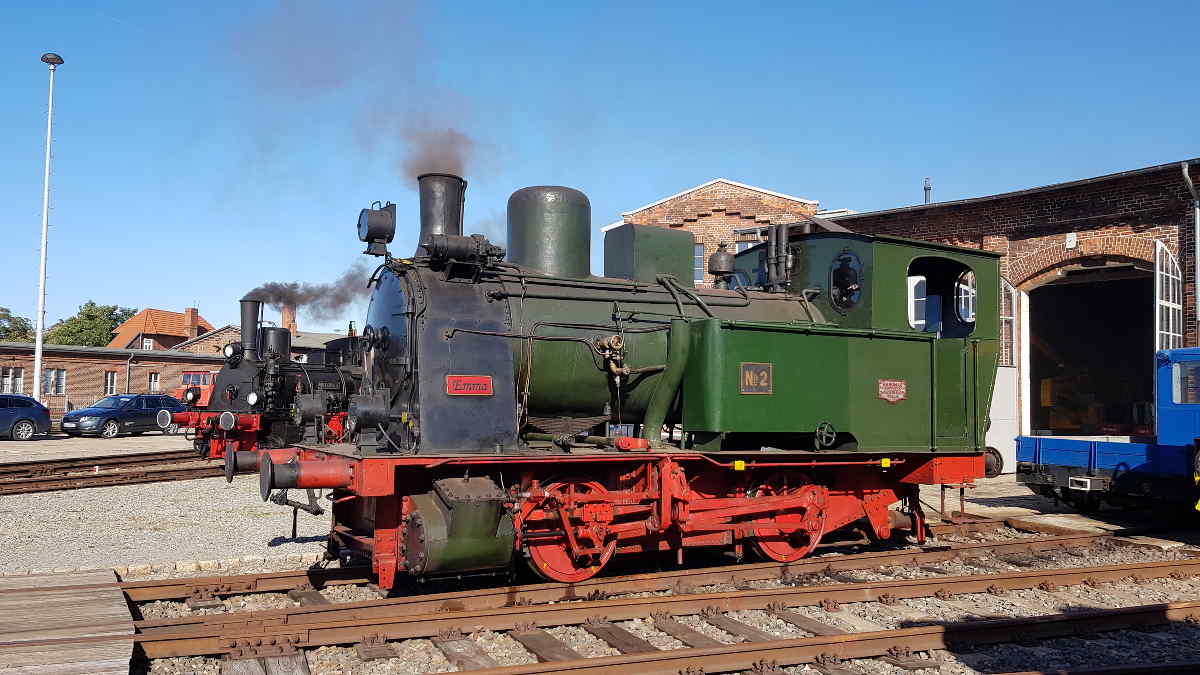 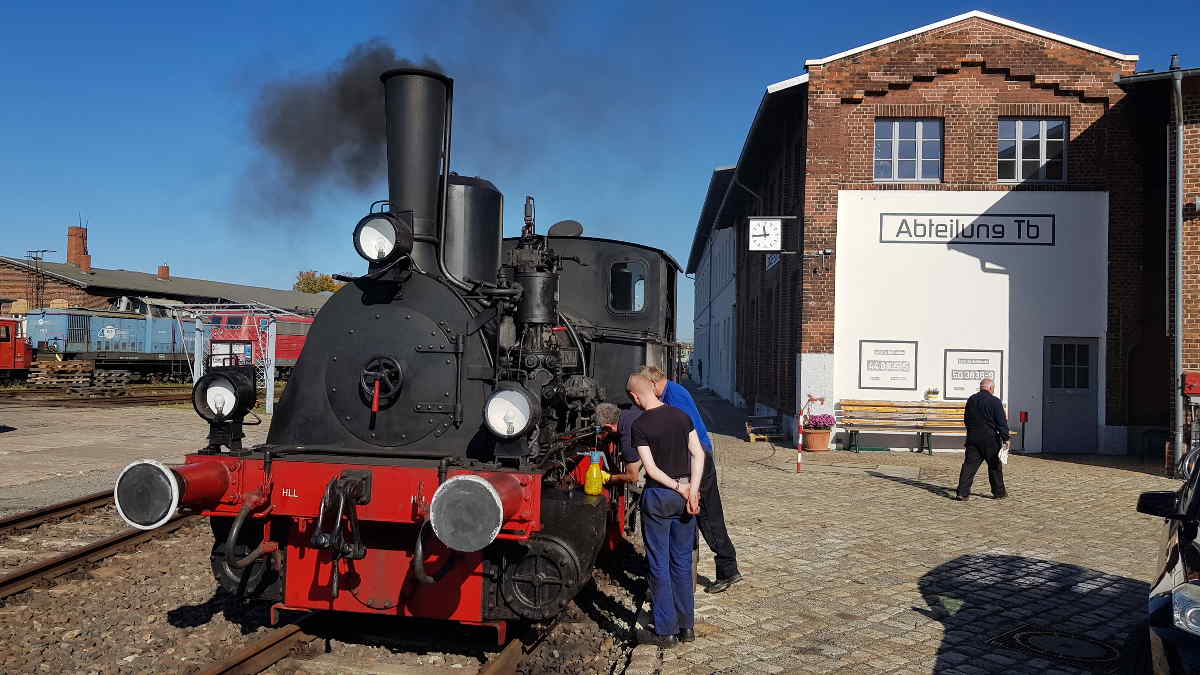 Then the exhibits of the Blaulichtmuseum in Beuster were set up. The colleagues were present with an IFA L60 in the livery of the Technisches Hilfswerk and a tanker of the fire department on our premises. In addition, a rail-mounted Fortschritt ZT-320 tractor from the Schönebeck tractor plant was set up. 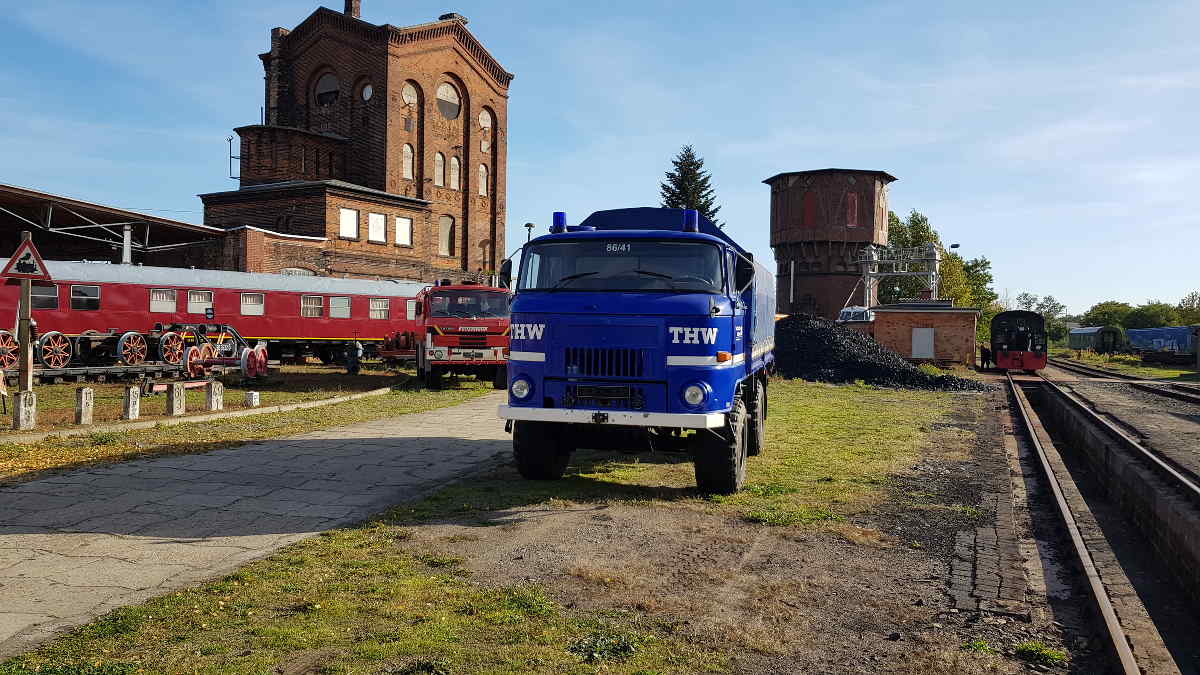 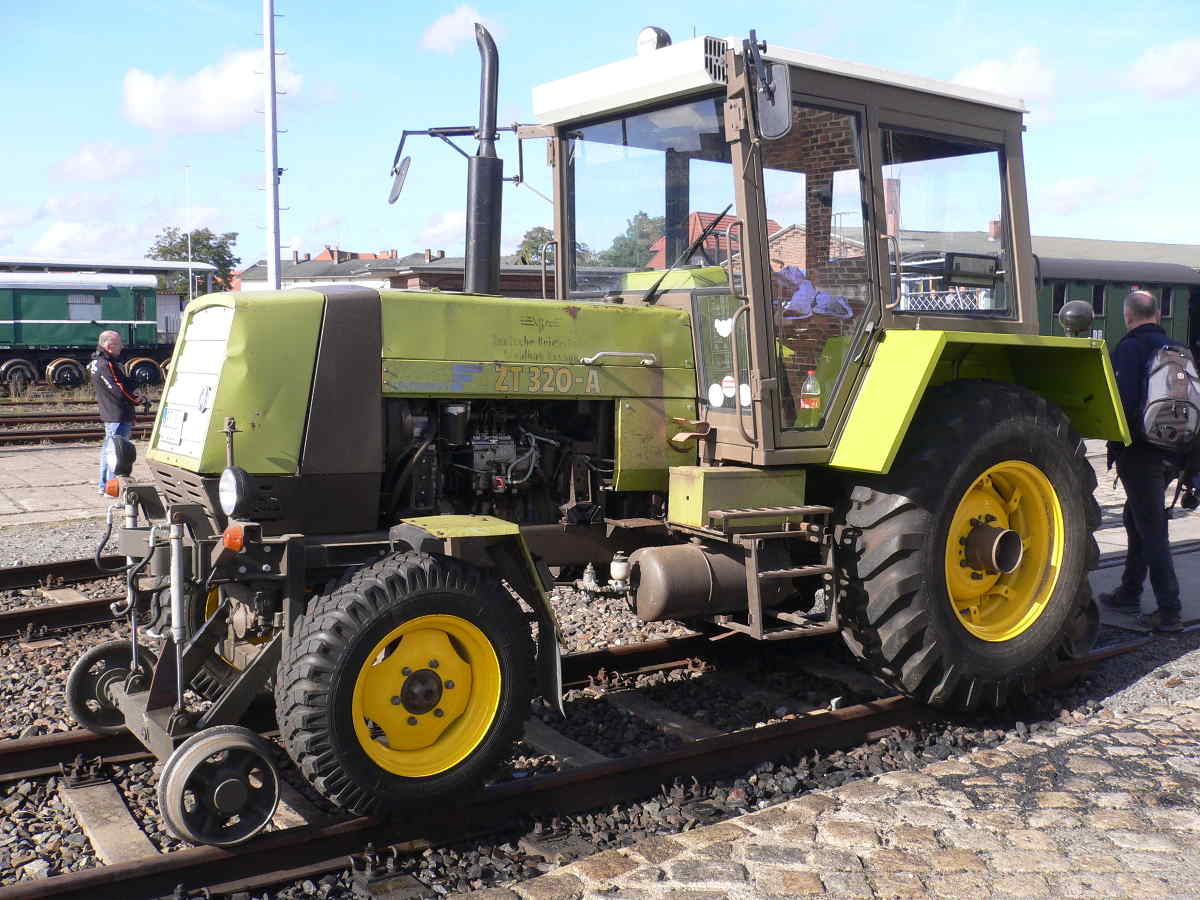 In the afternoon, more guest locomotives arrived. These were the diesel locomotives 232 356 and 112 365 of the former Deutsche Reichsbahn, which are used today by the companies WFL and Lok-Ost in freight and construction train service. 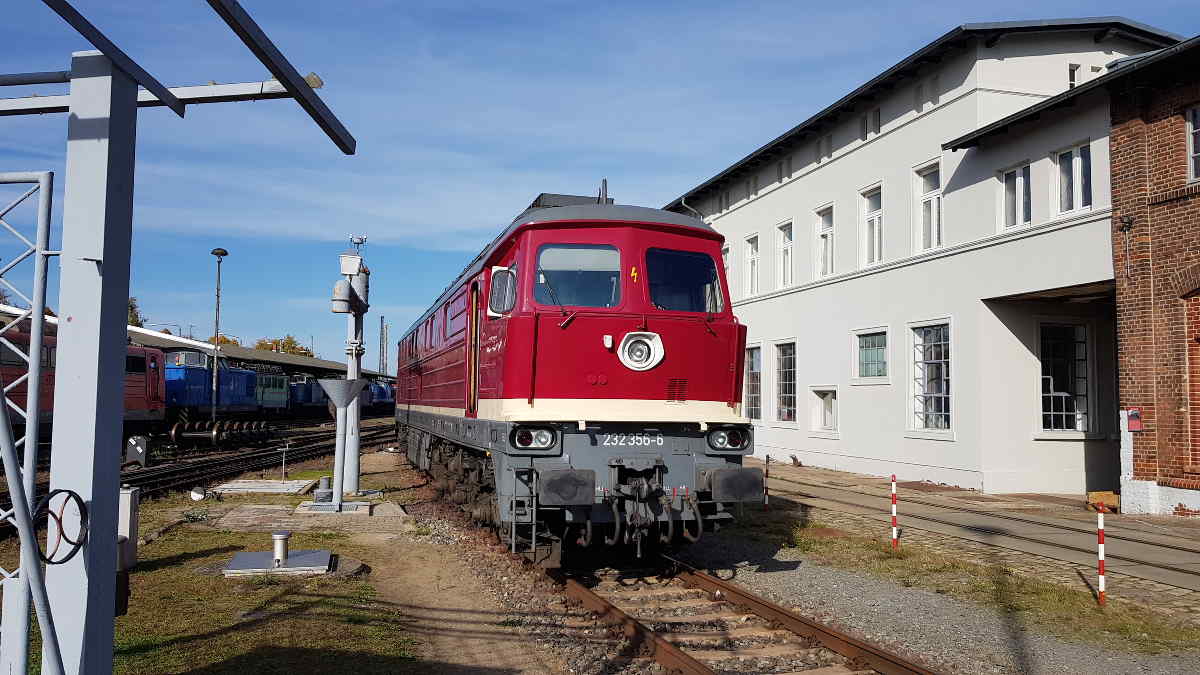 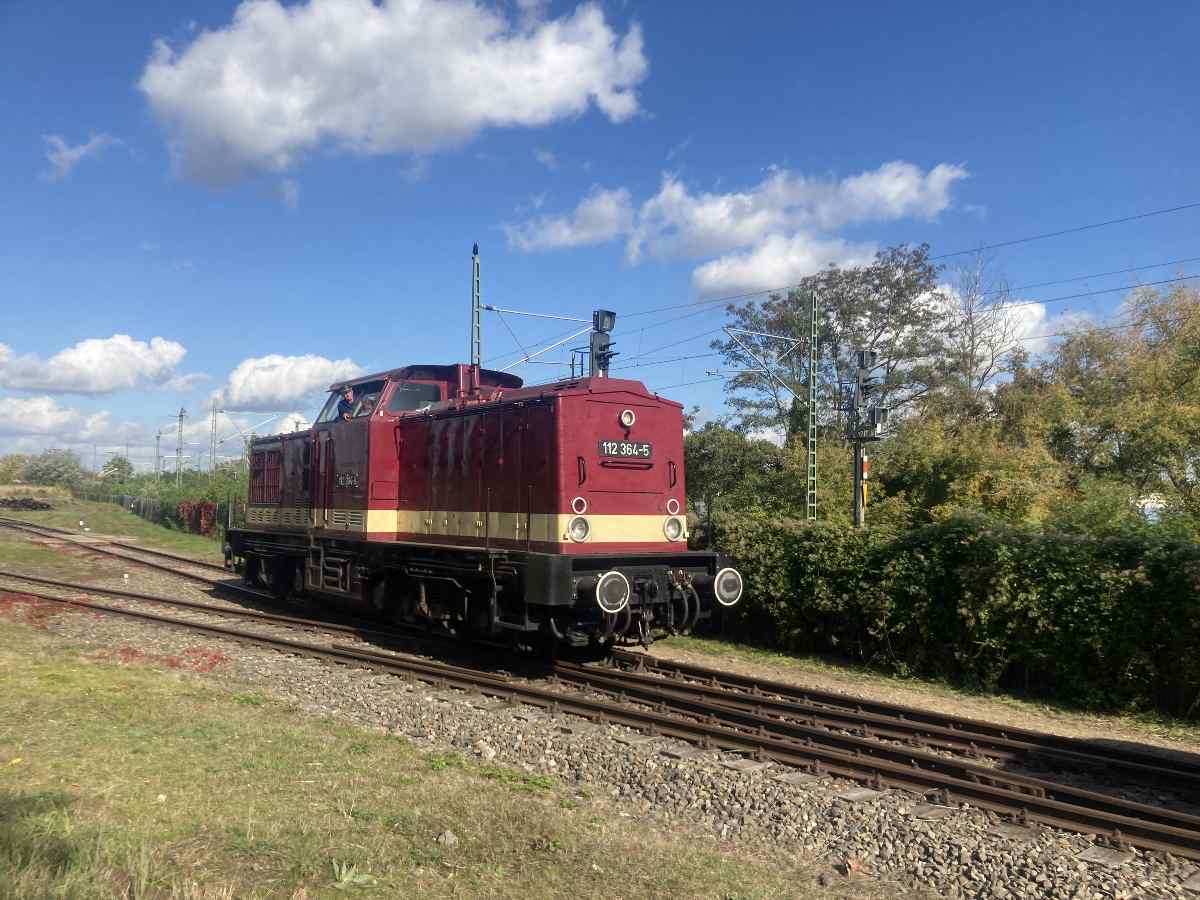 In the late afternoon, the boiler of our steam locomotive 50 3570 had finally reached operating pressure. Then, our locomotive was coupled to steam locomotive 01 0509, which belongs to the company Pressnitztalbahn. This was necessary because the latter is oil-fired and needs external starting aid to warm up the bunker oil and to operate the locomotive's own oil burners. 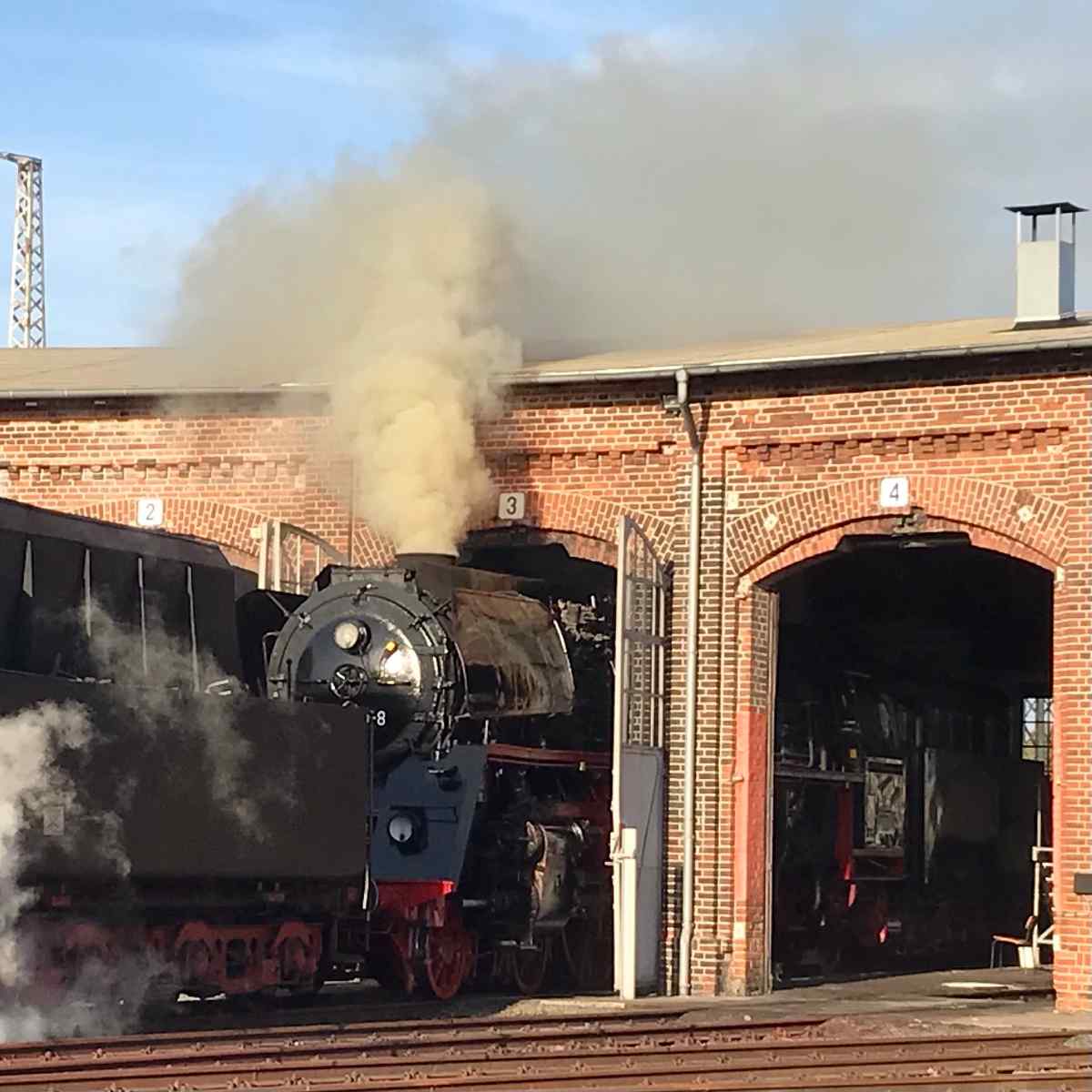 Finally, the pressure also rose in the 01 and the locomotive crew was able to ignite its own burners. 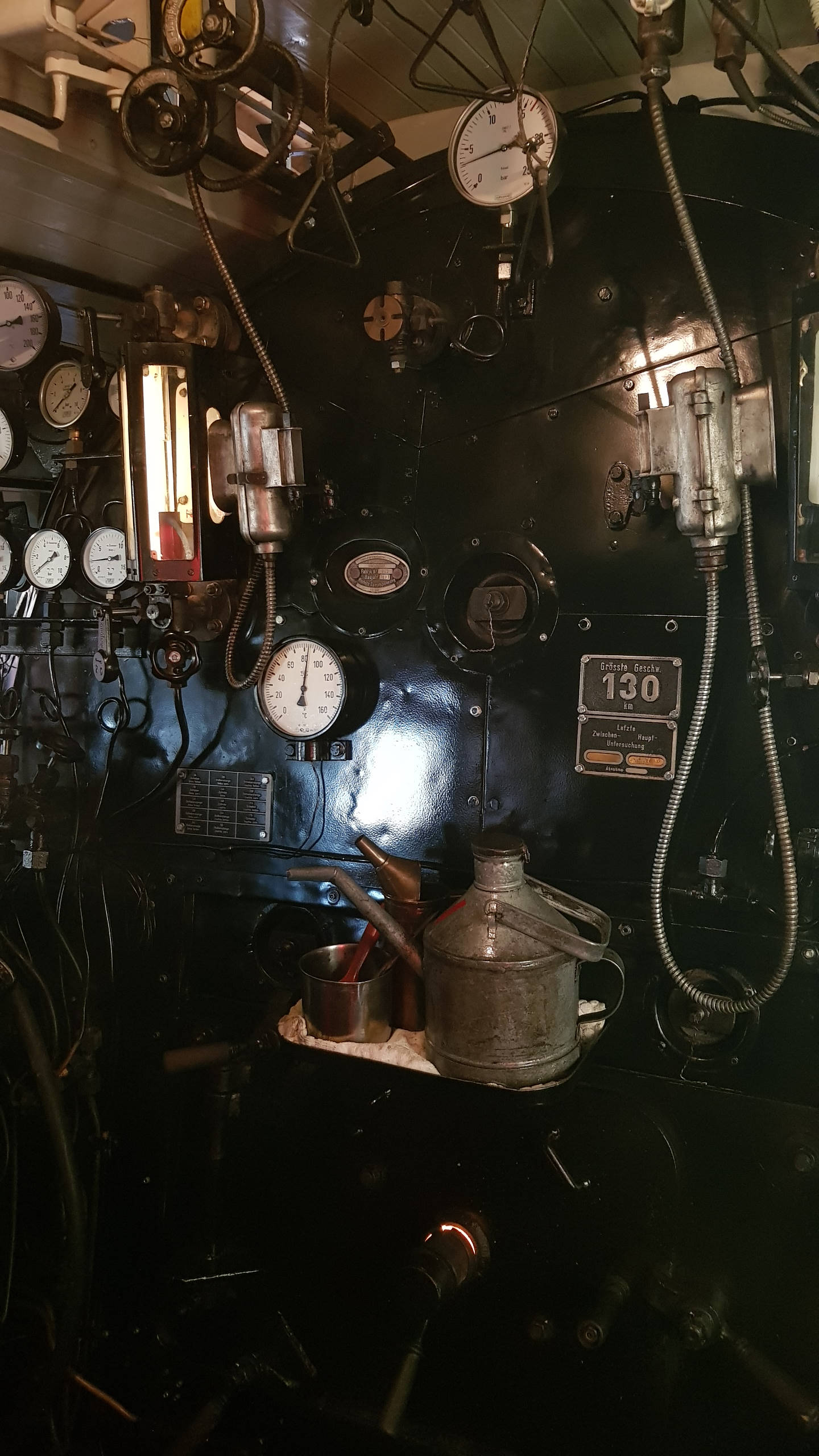 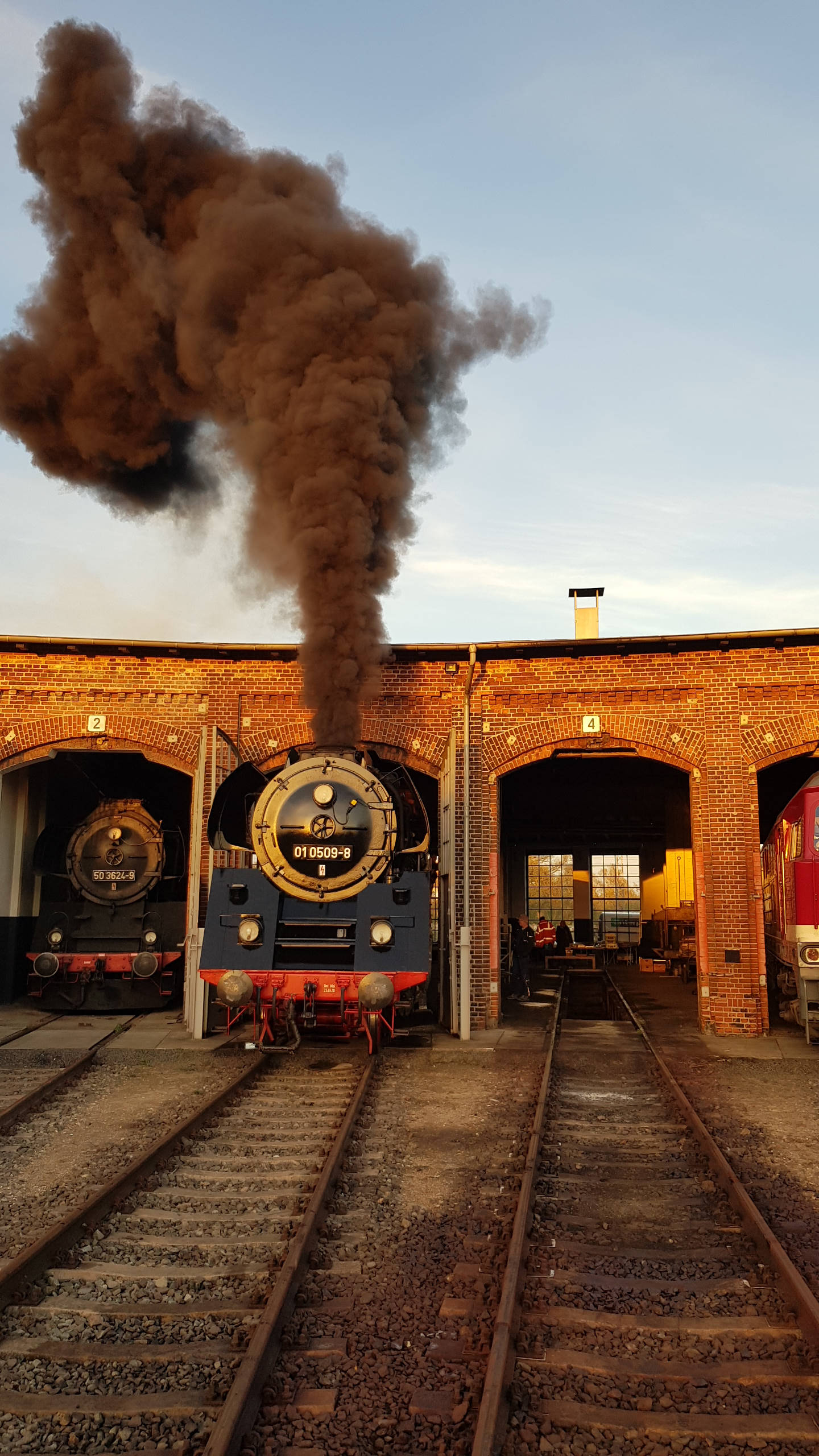 Now that all the locomotives had been brought to life and the preparations had been completed so far, the anticipation of the next two days increased. On Saturday and Sunday, we could certainly offer some highlights. Among them, of course, was the presence of our guest locomotives, which took turns presenting themselves on the turntable and also participated in our parade runs in the afternoon. Also worth mentioning were our rail excursions to the Wittenberg port railroad, which were carried out with railcar 672 910 of the Hanseatische Eisenbahn-Gesellschaft. The presentation of old uniforms from the GDR era, which were presented on the loading platform of our rail truck, was very diversified. And the little ones were also catered for: Behind the locomotive shed, the children's railroad was running, which delighted our youngsters. Here are some pictures taken during the two days. 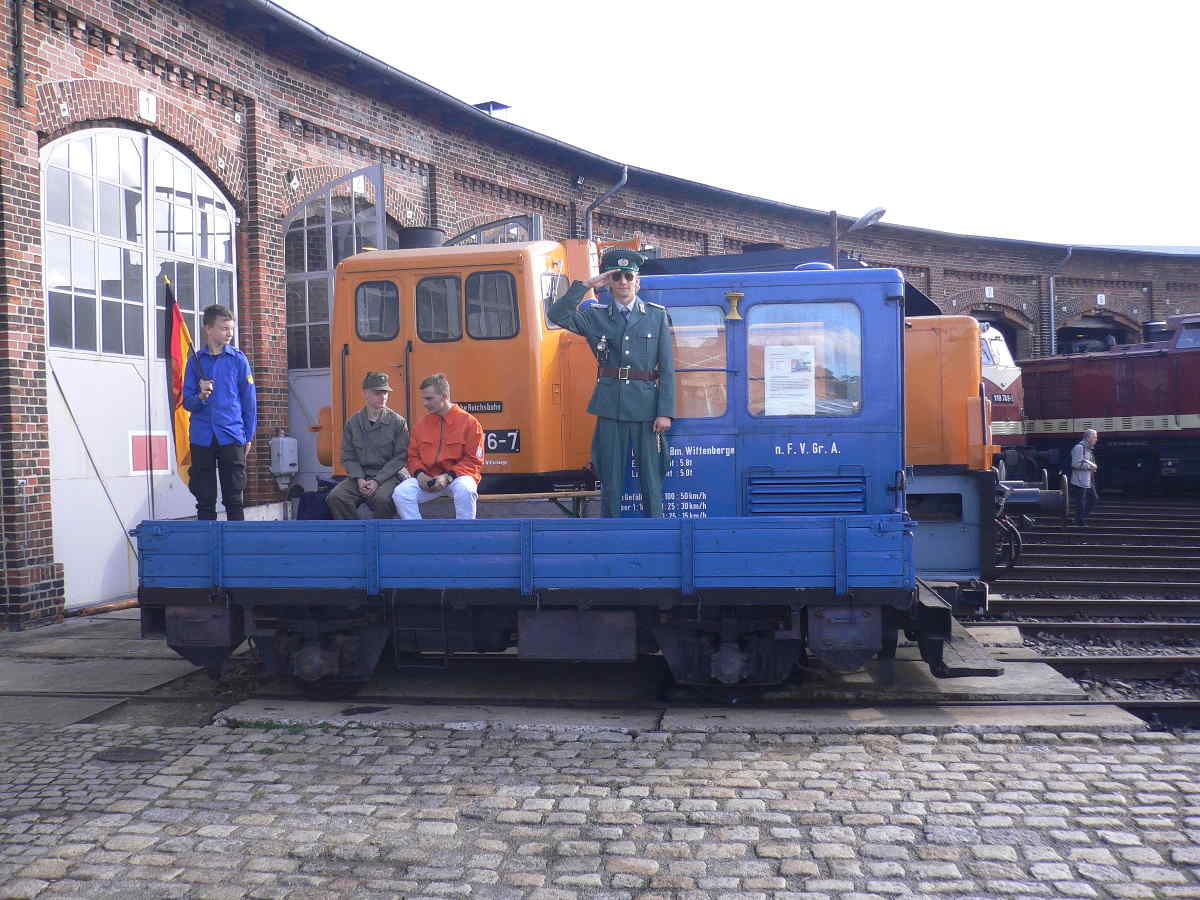 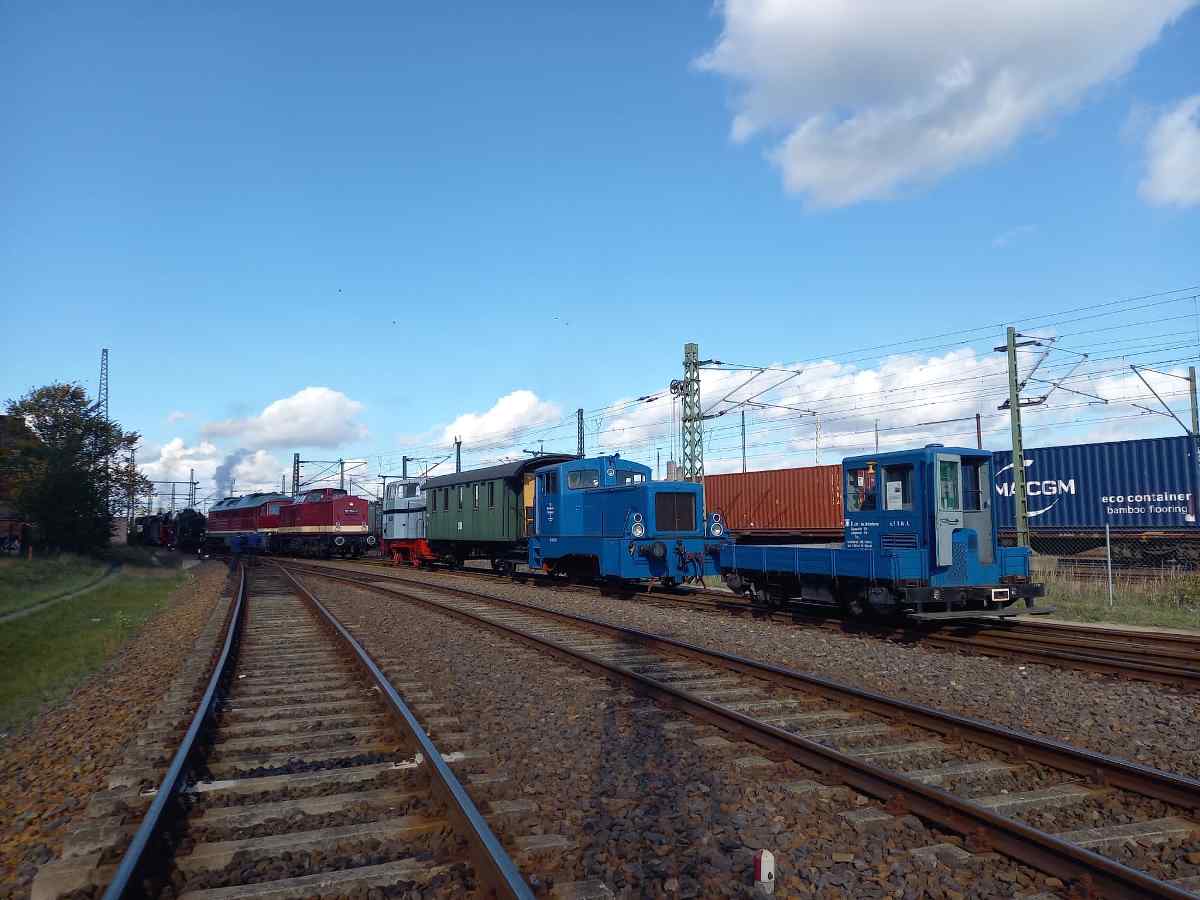 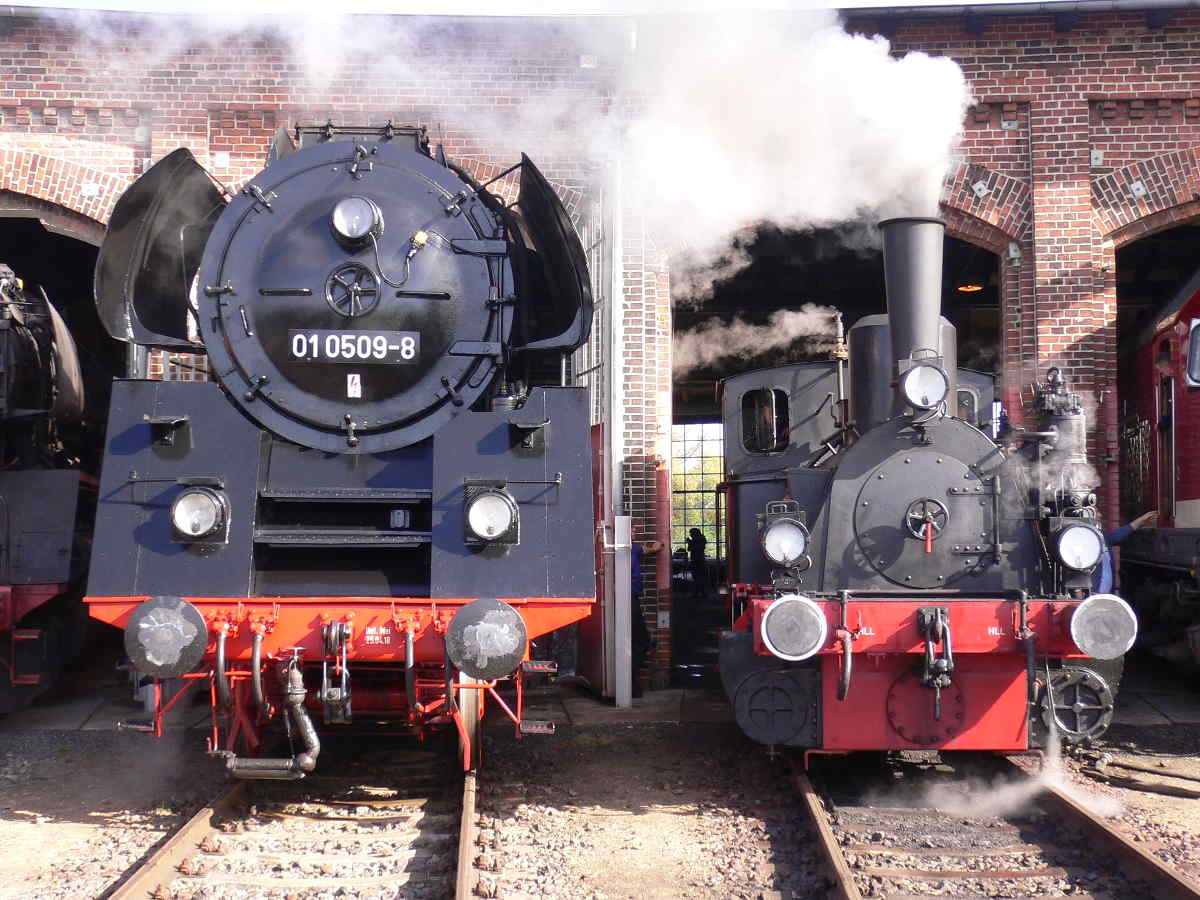 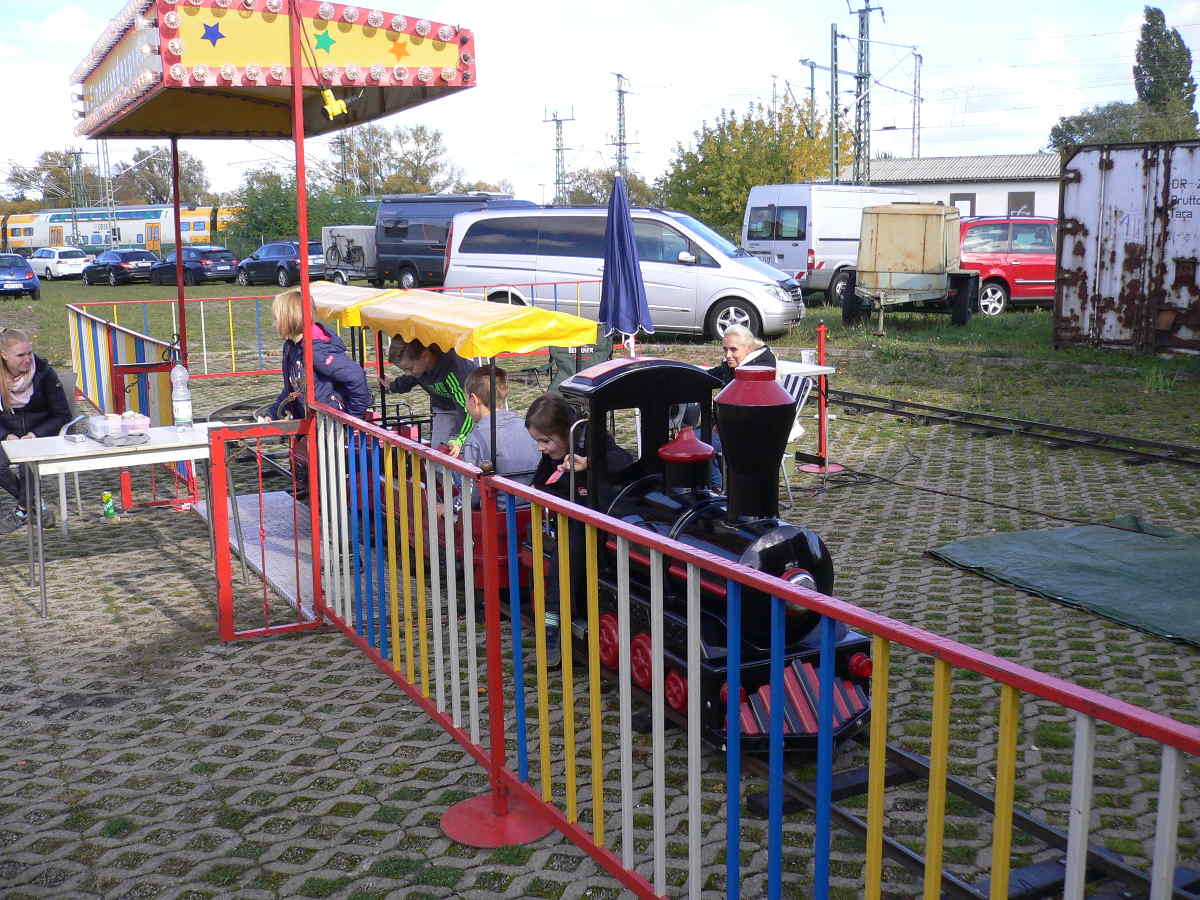 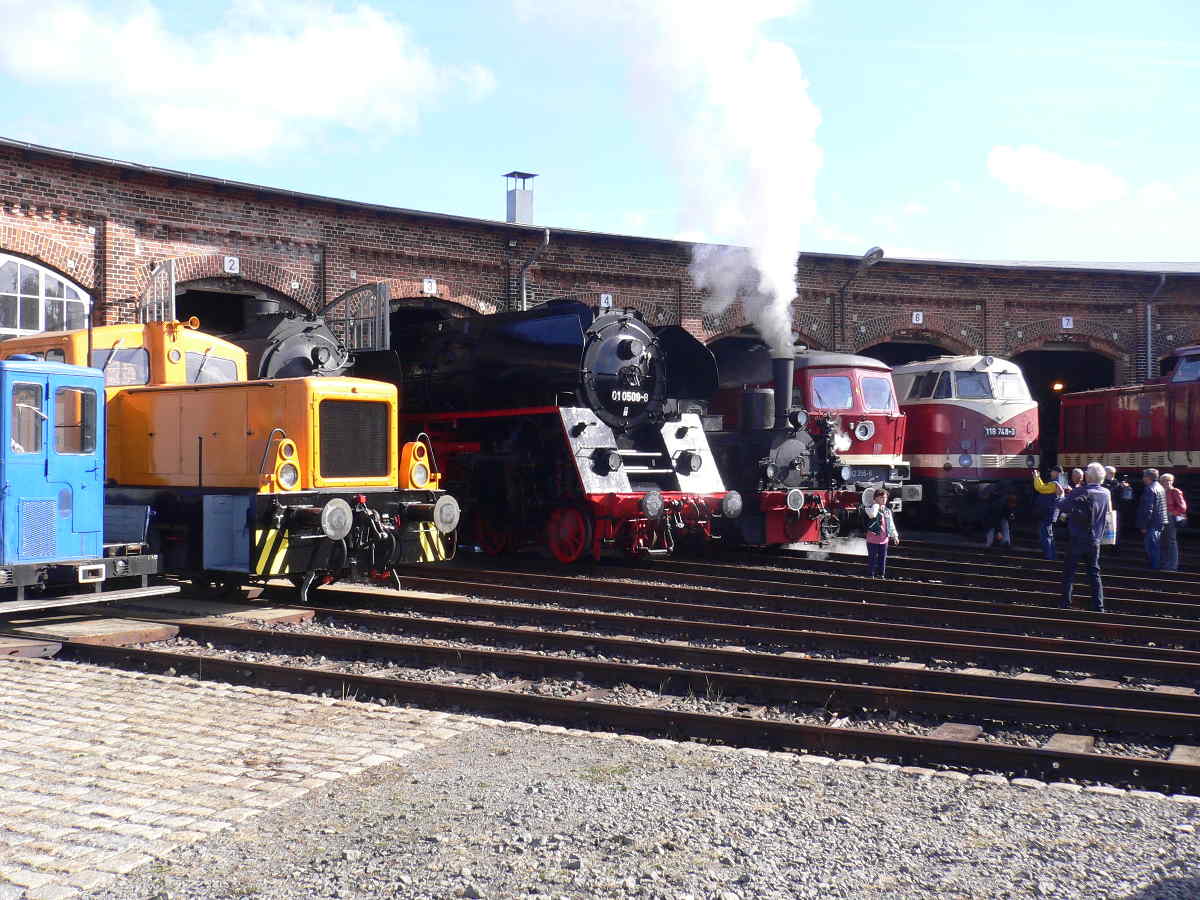 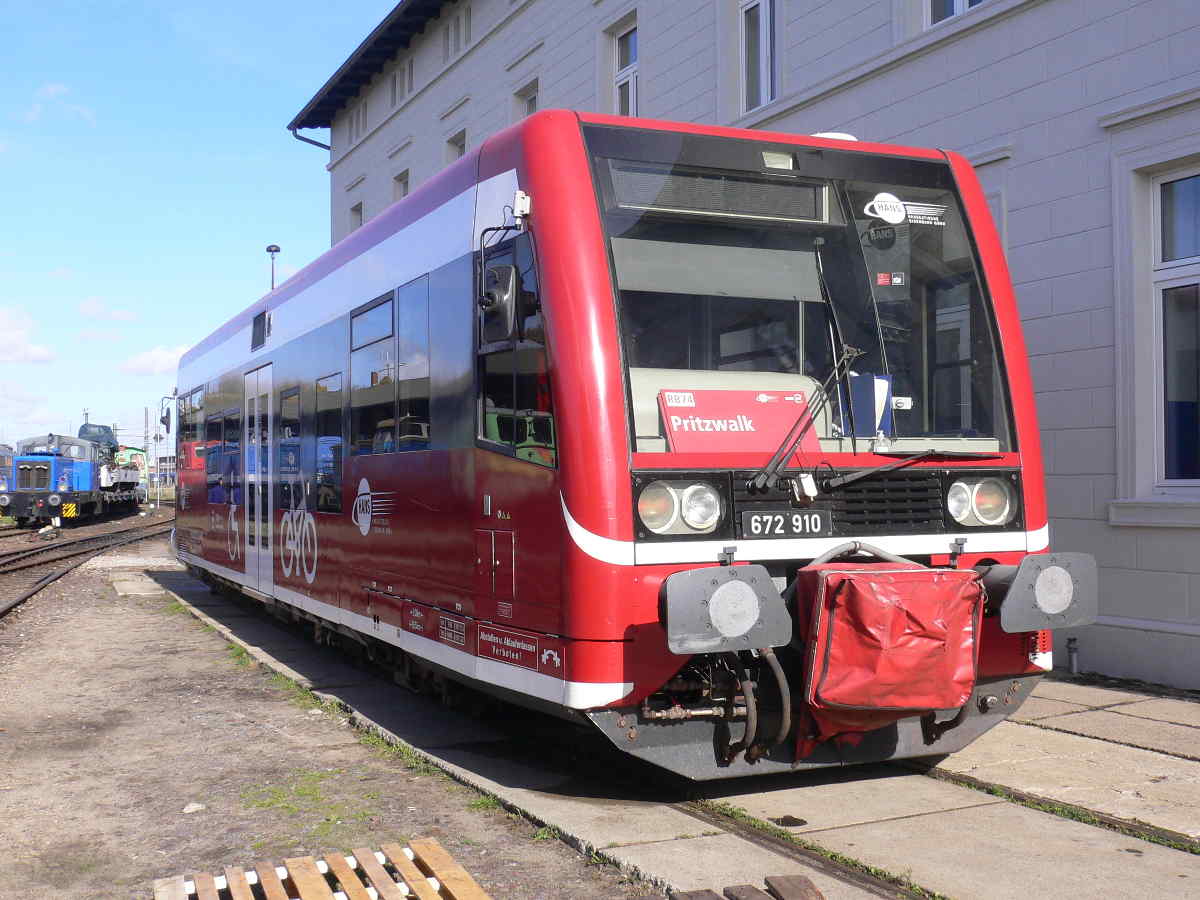 In the evening there was a great rainbow pointing exactly at the locomotive shed. 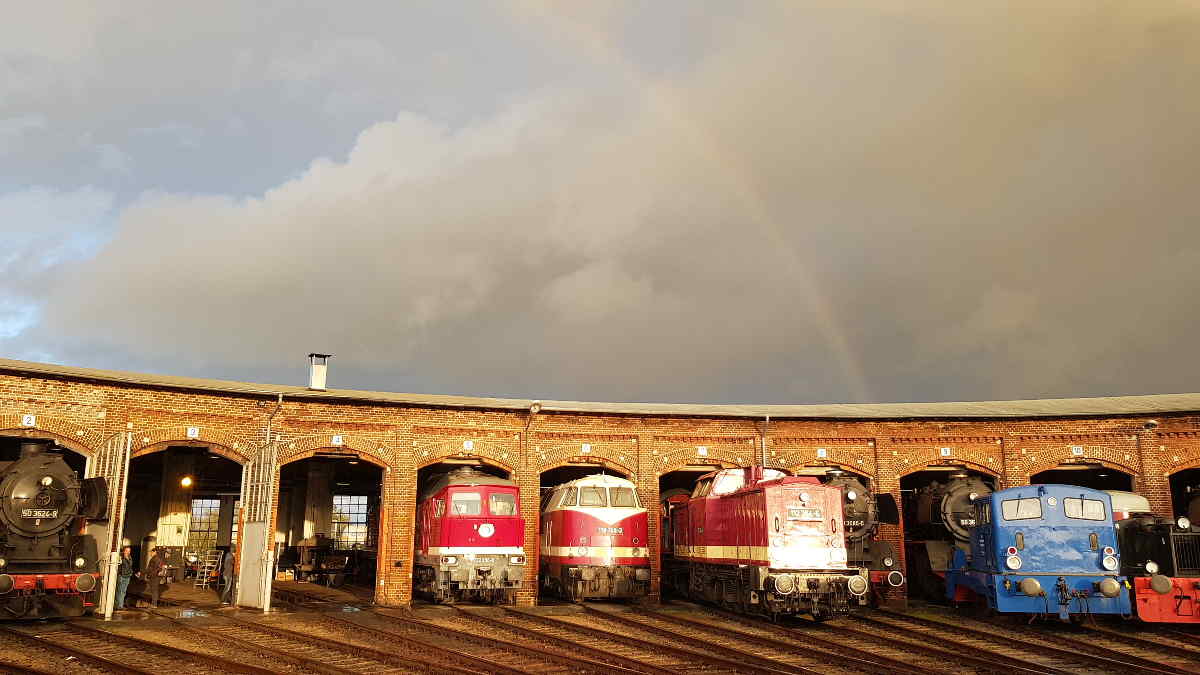 We take this as a good sign and hope to have given you, dear visitors, much pleasure in the past ten years. And, of course, we also hope that we will be able to show you interesting things in the years to come. Please stay with us!
We thank among others
the city of Wittenberge and the district of Prignitz
the Prignitzer Eisenbahn and its sibling companies
the Pressnitztalbahn
Lok-Ost
Wedler und Franz Logistik (WFL)
the Blaulichtmuseum Beuster
the fire department Wittenberge
and all helpers and assistants for their untiring commitment
and of course you, dear visitors for your coming.
overview
Dampflokfreunde Salzwedel e.V. Am Bahnhof 6, 19322 Wittenberge
InternalFacebookInstagramprivacy statementAccessibility